Group Study Exchange Team member to the Philippines in 2000, sponsored by Rotary International Foundation, interacting with Filipino singers and voice teachers, and making musical presentations to many of that country's Rotary Clubs as part of her duties.

She was also honored by the National Association of Teachers of Singing as the recipient of one of twelve appointments for their 2000 Internship Program, held at Ithaca College in upstate New York.​

and genres. She's served on the voice faculty at the Hochstein School of Music & Dance in Rochester NY for 22 years, as satellite voice faculty for Monroe Community College for 17 years, and formerly served on the voice faculty at Rochester's Nazareth College. She's performed leading roles in U.S. opera houses, sung Tagalog folk songs throughout the Philippines, jammed with jazz musicians in concert, and entertained in Manhattan's famed "Don't Tell Mama" cabaret, and those are just a few of her many performance venues.

In 2017, Sandra was narrator for the world premiere of "Equality Now!", by Gwyneth Walker, commissioned by the Telos Trio for the 100th anniversary of the Women's Rights Amendment in New York State. The premiere took place at the Hochstein School of Music & Dance in Rochester, NY, with two more 2017 performances: in Seneca Falls, NY (home of the Women's Rights Museum) and in Rochester at Corn Hill Landing.

In 2007, she sang the world premiere of American composer Paul Stuart's song cycle, How Did I Get So Old?, with lyrics
by Boston College's Elizabeth Kirschner, in Rochester, NY; the work was written specifically to showcase Sandra's vocal abilities. In 2003, she sang in the New York premiere of the Grammy-nominated children's musical, The Journey of Sir Douglas Fir, with the author/composer in attendance, with orchestra conducted by Nancy Strelau.

Yet another premiere  was Paul Stuart's The Sisters of Manzanar, a one-act opera portraying the degradation experienced by Japanese Americans in U.S. internment camps after the Japanese attack on Pearl Harbor in 1941. Stuart composed one of the lead roles specifically for Sandra. The work was enthusiastically received at its premiere in October 2002 with the Equinox Symphony Orchestra, and at a second performance in early 2003 at Kodak's Theatre on the Ridge in Rochester.

Dr. Boysen Sluberski's operatic roles range from Mozart's leading ladies to Gilbert & Sullivan's heroines, and from edgy symbolic figures to sassy comedic women - visit her STAGE ROLES page to see them all!. She made her operatic debut as Despina in Pensacola Opera's premiere production of Mozart's Cosi fan tutte.

She began her professional stage career in musical theatre, appearing as Anna in The King and I, the Mother Abbess in The Sound of Music , Amalia in She Loves Me, Marian in The Music Man, Audrey in Little Shop of Horrors, and as the title role in Evita , among others. She also sang the role of Lily in the Rochester premiere of Ahrens & Flaherty's "A Man of No Importance."

In September 2001, she was soprano soloist at Rochester NY's Eastman Theatre in Mozart's Requiem. This was organized in just a few days' time by the Eastman School of Music's Dr. William Weinert and voice faculty Carol Webber, as a fundraiser for the victims of the World Trade Center disaster.

Where has she performed?

Georgia and Alabama, and filled two guest artist residencies at

Emporia State University in Kansas, in partnership with Emporia's

She made frequent appearances as guest artist with the Eastman School

of Music, the Publick Musick, the Rochester Oratorio Society, the Genesee

Episcopal Concerts and the Christ Church Compline Concert Series, among

others. She appeared annually as soloist on the "Live From Hochstein"

Sandra's voice students are frequent vocal competition winners and are involved in opera, folksong, pop, rock,
jazz, R & B, hip-hop, Broadway and everything in between!  Former students include a singer/songwriter now recording/performing in Nashville and hosting her own show on the Nashville Network; another student went on to earn his doctoral degree and now has a successful teaching career in Florida; yet another student sang for Renee Fleming in one of her rare masterclasses, and was selected for the Spoleto Festival's 2004 summer program in Italy.

What is SANDRA into when she isn't SINGING, ACTING or RECORDING?

A strong believer in having a life outside of singing, she is a yoga and bonsai enthusiast, a voracious reader of history and biography, and an admirer of foreign films and antiques. She's also the proud guardian of eleven pet hens, including three Silkies.

And she's a motor head: loves British sports cars and American muscle cars from the 1960's. She and husband David have spent hundreds of hours on their two antique cars, getting them road-ready and doing interior and exterior renovations. They've been in parades and just LOVE getting their hands dirty working on brakes and motors!

She enjoys bowling, canoeing, hiking and learned to ice skate just a few years ago (kind of unusual for a girl who grew up in Florida and thought that water was something you could only SKI on!). David got her interested in this; he's an advanced ice skater and totally gorgeous -- on or off the ice!

In 2021, Sandra completed her 300-hour yoga teacher training through the Yoga & Ayurveda Center, under the supervision of Steph Ball-Mitchell, having completed her 200-hour training through YAC in 2020, and is now an RYT-500 yoga instructor at Hochstein, registered through Yoga Alliance. She's certified to teach Hatha, Yin and Restorative yoga, and holds an Ayurveda Specialist certification through YAC. She is currently in Kirtan leadership training; this is a call-and-response style of mantra singing often associated with yoga retreats and meditation workshops.​ Visit her yoga Website at SBS Yogaworx.com.

Do you have strong ROOTS

or Tree Pose, one of the many

poses (aka: asanas) in yoga.

Come join me on the mat!

at The Hochstein School

in Rochester NY, and

I also hold workshops on Mantra Chanting and on the great epic of Indian literature, the Ramayana.

​Visit me at SBS Yogaworx.com. 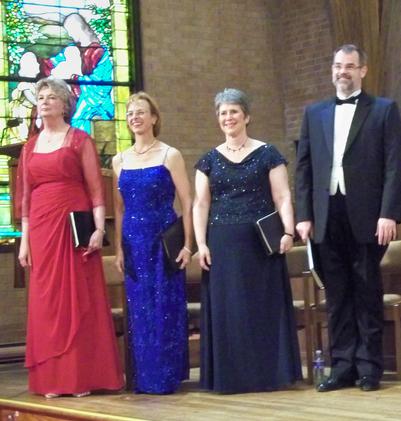 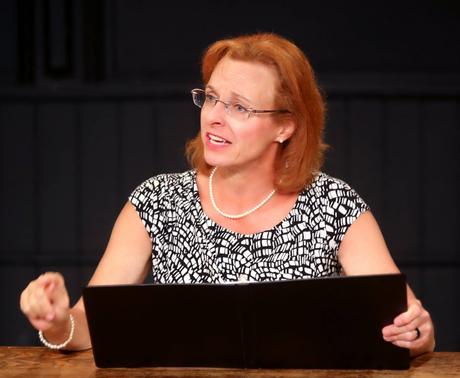 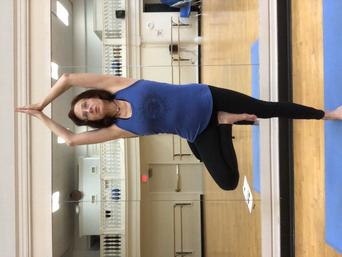 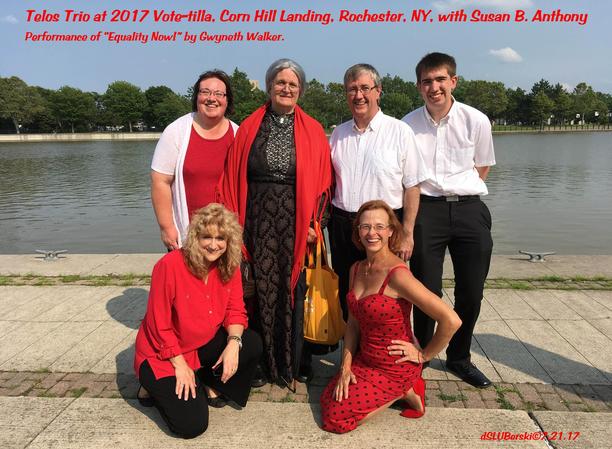 Get to know more about Sandra!